What is the most important thing in college students’ life? Apart from the romantically infused sight of cherry blossoms in spring and the wisdom imparted by teachers to the studious, commuting remains a common concern. Transportation is significant for a campus that covers 5915 acres, with teaching and living facilities scattered around. Thanks to the efforts of Wuhan University (WHU), several measures have been taken to improve students’ commute inside this large campus.

For most students, electric bicycles and school buses are the top two choices to cope with hilly streets and little travel time. However, electric bicycles are dangerous for drivers and school buses can be time-consuming. Improving measures related to these two means of transport have become one of the greatest concerns of the relevant university authorities, resulting in several changes.

Normally, driving license tests are designed for car drivers and motorcyclists. But riding an electric bike inside WHU also requires a series of tests! “The frequent traffic accidents are the main reason for the introduction of such a test,” said Xiang Li, member of the Security Department of WHU. “The freshmen usually lack awareness of safe driving as well as knowledge about the school roads.”

To make the tests more suitable and effective, the principle ‘More practice, less theory’ is adopted throughout the whole test. To complete their training, students are required to study theory related to the use of electric bicycles, including driving techniques, parking and road safety regulations. In addition to gaining a theoretical understanding, representatives from the security department also prepare students for the varied terrain on campus with its tricky conditions by requiring them to drive safely on a variety of simulated roads, including a narrow road section, S-curves and slopes.

The implementation of this policy has achieved excellent results. None of the 12,000 students who have taken part in the test so far have failed it. More importantly, according to the directors of the Security Department, last month saw a steep decline in traffic accidents caused by electric bicycles. The policy is also welcomed by the freshmen. “The test is interesting and helpful. Having simulated tests with new friends and watching each other learn how to ride is entertaining. More importantly, it is really reassuring to know that almost everyone you meet on the road inside campus has received professional training,” said Xie Minding, a freshman from the School of Physics and Technology.

Not only students’ sense of security on the road has increased, but the expense of commuting has also seen a sharp decline. Choosing suitable ways to commute used to present a dilemma to students. “To pick between a school bus and an electric bicycle was never easy,” said Tang Anrui, a sophomore from the School of Law. “The cost of using an electric bicycle is similar to that of the school buses, so sometimes we might hesitate and face a hard decision between the flexibility of time and relieving ourselves from riding labor.” However, now the school has made decisive changes. With the cost of electric bicycle usage cut down to 1 yuan per 20 minutes and that of school buses to zero, students can make their choice of vehicles more freely.

Commuter convenience is important in students’ day-to-day life, ultimately having a profound impact on their sense of happiness. With the joint effort of the university and students, the journey on the campus roads is now sure to be more enjoyable. 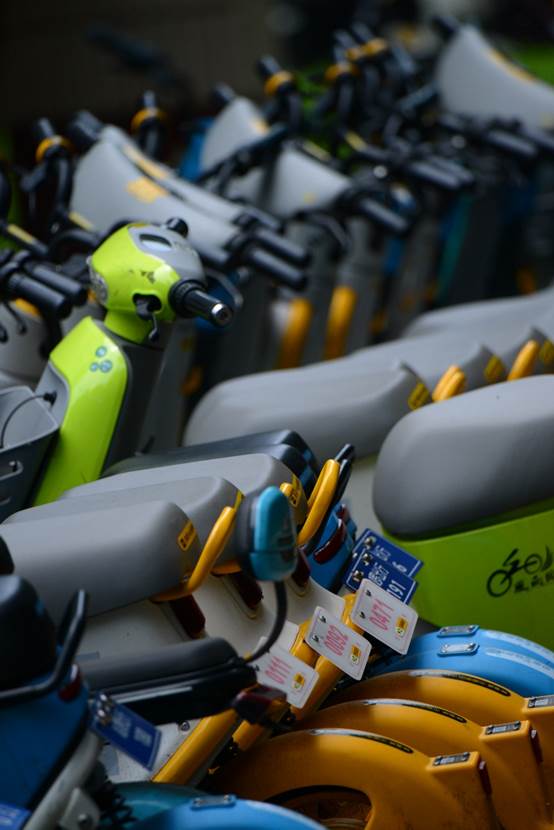