Why young children are hyper-optimistic

Young children are more optimistic than adolescents, which stems from not learning enough from bad outcomes, finds a new study by UCL researchers. 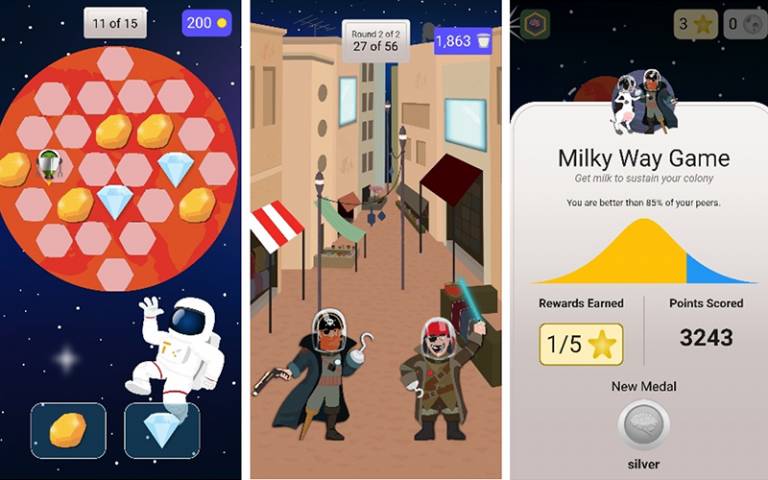 While people tend to have an optimism bias at any age, the Journal of Experimental Psychology: General study reports that this is particularly true among children, and declines as they grow up into adolescence. As they grow older, children learn more from negative outcomes, lose their hyper-optimism, and become more realistic.

Lead author of the study, Johanna Habicht (Max Planck UCL Centre for Computational Psychiatry & Ageing Research and Wellcome Centre for Human Neuroimaging, UCL Queen Square Institute of Neurology), said: “We asked our study participants to play a game to gather treasures from different planets. They had to learn how good these planets were and tell us how much they will earn.

“We found that children were much more optimistic than the adolescents. All groups of young people had an optimism bias, as they over-estimated how much they will earn, but the younger children were particularly hyper-optimistic, and thought they would get the most treasures.”

To understand the mechanisms that caused this hyper-optimism in the youngest children, the researchers used computational models to analyse how the participants learned as they progressed through the game.

Principal investigator Dr Tobias Hauser (Max Planck UCL Centre for Computational Psychiatry & Ageing Research and Wellcome Centre for Human Neuroimaging, UCL Queen Square Institute of Neurology) said: “We used mathematical models to analyse the participants’ learning – these are algorithms that imitate how the brain learns, and which are successfully used in today’s machine learning algorithms. Using these methods, we could show that children are hyper-optimistic, because they learn much less from bad outcomes. Whilst children learn as much as adolescents when something good happens, they tend to ignore when things are not as good as they hoped.”

Dr Hauser says he believes these mechanisms, and the resulting hyper-optimism, may be useful for children to pursue ambitious goals and to overcome obstacles along the way.

A lack of hyper-optimism may even contribute to depression, as previous studies have found that optimism may benefit mental health, physical health, and professional development.

He said: “We know that depression often emerges during adolescence, exactly during the time when those rose-tinted glasses are fading. We hope that future research will shed light on whether developmental differences in how children lose their hyper-optimism may relate to the risk of mental illness symptoms.”

To enable more members of the public to contribute to their neuroscience research, the scientists have developed a smartphone app called Brain Explorer, involving similar games to the one used in this study. By playing the games, people can contribute to research into the development of mental health problems.

The research was supported by Wellcome, the Royal Society, the Medical Research Foundation, Jacobs Foundation, and the Max Planck Society.