The satellite, which will be launched by 2023, is being developed together with COPITEC and will serve as a space laboratory for testing and research on future telecommunications technologies that will determine non-terrestrial network services.

The LABSAT IOT Space Laboratory project is an initiative of the Faculty of Engineering of the University of Palermo and is advancing in its design, development, and testing stage of its subsystems and technologies, with a view to launching it at the end of 2023. space a satellite of the Internet of things through the renowned company Space X of Elon Musk.

“The UP Faculty of Engineering is the initiator of the LABSAT IOT Project and is in charge of its Technological and Engineering Department.The satellite project connects our community of researchers and students with the transformation processes of telecommunications and state-of-the-art satellite technology, generating important opportunities for development, work and entrepreneurship”, explains engineer Alejandro Popovsky.

The Faculty of Engineering of the UP is in charge of the direction of Satellite Engineering and FUNDETEC of the administrative coordination of the project. The laboratory will allow access to the academic and research communities of these institutions, and also to entrepreneurs, which will promote the development of the space and telecommunications sector. 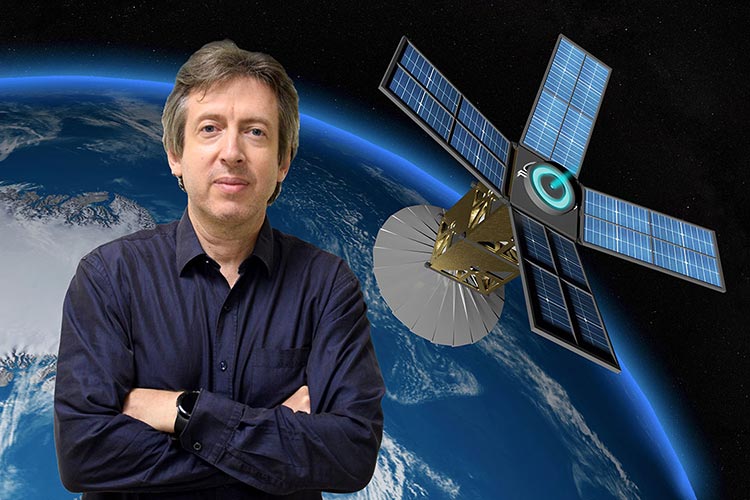 Stages of the LABSAT IOT

At the University of Palermo, researchers, graduates, and advanced students from various careers of the Faculty of Engineering, began to work on the design, development, and the first ground tests, in collaboration with local operators.

In this first stage, the UP work teams that represent the Telecommunications, Operations Programming, and Orientation Control areas are preparing the first mission-specific and control subsystems that will be used in the space.

As the mission of the Project expresses, the objective of the satellite laboratory integrated by non-geostationary nanosatellites is initially to be able to develop capacities to investigate and test technologies from the space environment towards the earth. Since its inception, the UP Faculty of Engineering has extended an invitation to institutions and organizations interested in the space industry to participate and make use of this laboratory for their projects.

For students, graduates and professors, this initiative represents a great opportunity and encouragement since it connects them with state-of-the-art technology and encourages them to relate to the transformation processes of telecommunications and the space industry, which is currently booming in the country. The recent participation of Argentina in the Satellite Fair 2022, the leading event of the international satellite and aerospace industry that has been taking place in Washington for 15 years, is an example of this.

In this regard, the dean of the Faculty of Engineering of the UP, invited to the Congress together with a delegation of national officials and actors from the public and private sectors linked to the space industry, expressed: “This community of which we are a part, is not only creating ties with the global space sector, but also, as it expands, it promotes virtuous supply, service and feedback relationships throughout Argentina. In Washington we are linked with many companies that make up the new ecosystem that represents the New-Space (new space, entrepreneurship that encompasses the emerging private aerospace industry)”.

Meanwhile, for the second stage of the Project, the launch of a constellation of satellites is expected to develop services based on the technologies to be validated during the first stage. It is currently in a global process of developing standards that will govern the expansion of telecommunications services in the coming years. This project anticipates this process, developing, testing and validating the technological alternatives and innovations necessary for these new services, and generating development, work and entrepreneurship.

Related careers of the Faculty of Engineering of the UP: