There are three things that probably had the most significant impact on human health in the 20th century: general hygiene, vaccination and the discovery of antibiotics. Because antibiotics are highly effective, they have been extremely widely used, but not always in accordance with the best available advice and what we have later learned from research into the effects of these drugs. There are now a large number of multiresistant bacteria. This is likely to cause serious problems in the near future, both for human health and in agriculture, unless we manage to develop new methods or drugs to deal with pathogens.

It is already known that antibiotics have various immediate or short-term side effects, but they can also have consequences that do not become apparent until much later. It is even possible that antibiotics taken in infancy could affect the subsequent immune response to vaccinations in some children. This is the subject of medical research currently being conducted at the University of Iceland.

How can antibiotics negatively affect our health?

“My research is about looking at the potential impact of antibiotic use in infancy on the subsequent health of children,” says Birta Bæringsdóttir of her PhD project. Birta is a qualified doctor and works as a specialist at the Children’s Hospital. Despite her young age, Birta is already a prolific researcher. For example, she was awarded a grant for clinical research from the Landspítali University Hospital Research Fund both last year and the year before that.

Considering her background, it is no surprise that Birta decided to pursue a PhD after graduating from the UI Faculty of Medicine. She previously graduated top of her class from Menntaskólinn í Reykjavík in 2013 and the same spring was awarded a special scholarship from the UI Student Achievement and Incentive Fund.

Many countries are now looking at the potential negative health implications of antibiotics. “Antibiotics could affect gut flora in the gastrointestinal tract, which is important for the development of the immune system. This means that taking antibiotics could make someone more vulnerable to infection.”

Birta explains that the first part of the study uses a database to explore whether there is a link between antibiotics in infancy and infections or various immune disorders, such as asthma, in later childhood.

“For the second part of the study, the plan is to look at around 200 children who did or did not receive antibiotics in infancy. I will find out whether there is a difference in the way their immune systems developed by assessing their response to vaccinations.”

“If we discover that antibiotics affect a child’s immune system, it is important that we healthcare professionals become even more aware of the importance of using antibiotics appropriately. Antibiotics are generally overused. Also, if it comes to light that children given antibiotics in infancy respond more poorly to vaccination than other children, we could review our vaccination programme. For example, those children could be offered an extra dose in order to strengthen their defences,” says Birta. 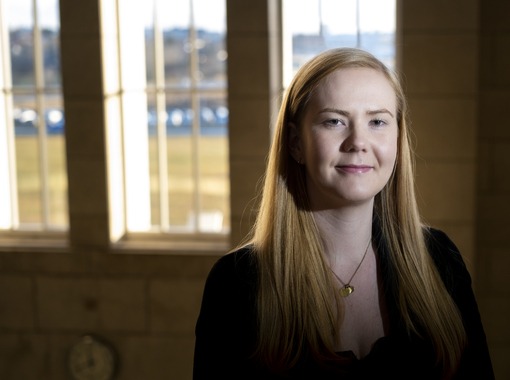 The subject of Birta’s PhD thesis is highly relevant, because antibiotics are widely used in Iceland. As she explains, “if we can do something to improve the success of our childhood vaccination programme and healthcare for children, it is very important to do research that.”

Most parents will be keen to see the conclusions of this study, as well as healthcare authorities, who may possibly take action in response. The initial findings from the database suggests that antibiotics may lead to more infections and further antibiotic use in later childhood.

“If we discover that antibiotics affect a child’s immune system, it is important that we healthcare professionals become even more aware of the importance of using antibiotics appropriately. Antibiotics are generally overused. Also, if it comes to light that children given antibiotics in infancy respond more poorly to vaccination than other children, we could review our vaccination programme. For example, those children could be offered an extra dose in order to strengthen their defences.”

Sustainability through reducing the use of antibiotics

Birta’s research is directly linked to SDG 3, health and well-being, but she argues that the goals are all more or less interconnected and that by contributing to one goal it is possible to contribute to others as well.

Birta’s project received a grant from the UI Doctoral Grant Fund last spring. Her supervisors are Valtýr Stefánsson Thors, a paediatrician specialising in infectious diseases and lecturer at UI, and Ásgeir Haraldsson, professor of paediatrics at UI.