Considered the greatest scientific breakthrough in 2012, CRISPR stands for a relatively new gene editing technique that is revolutionizing biology. Juan Carlos Collantes, a researcher at USFQ, received the Edison Patent Awards thanks to the development of a new system, based on CRISPR technology , which allows modifying the genome without breaking it. This system is called base editing .

Scientific advances in the field of biotechnology have been dizzying since CRISPR technology was born, its applications are multiple and development takes place mainly in universities laboratories and world research centers.

Recently, the Research and Development Council of the State of New Jersey, in the United States, awarded the Edison Patent Awards, considered the most important recognition that the State gives for contributions to scientific development . Among them is our professor from the College of Biological and Environmental Sciences, Juan Carlos Collantes, who has been working for several years on the development of CRISPR systems.

To understand a little more closely about his work and applications, we spoke with Juan Carlos at USFQ, who shared his impressions on the scope of this scientific field that holds great transformations. 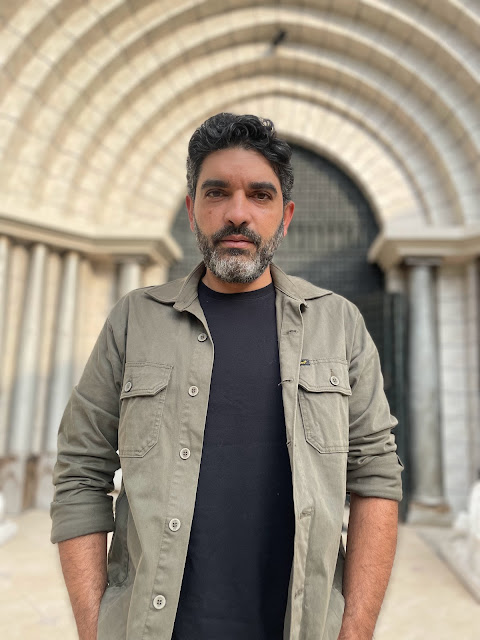 What are the origins of this system created to modify DNA without breaking it?

It all goes back a few months before I started my PhD in 2013, there was a publication that was revolutionary in the biological sciences, which was the description of a genomic engineering system called CRISPR (2012). This system allows us to modify genomes, any genome in a directed way. That is, this system can break the DNA of a certain gene and generate a change in the DNA sequence.

We think of it as a tool that will allow us to use it as a therapy to treat, for example, genetic diseases. For the first time now we can dream of curing genetic diseases, which normally the paradigm is that they are incurable. So we (the research team at Rutgers University) decided in the lab to create a system that would allow us to modify the genome without breaking it. Because breaking DNA is a risky activity since it can generate a series of problems within the genome. This system that we created can make a small change, a chemical change in the DNA, modifying its sequence without breaking it.

Once the technology is developed, how was it made to put it at the service of other organizations and/or applications?

We patented this technology in 2015, after that and through the development of the system, we generated a series of subsequent patents, a family of patents. After a few years, the department in charge of technology commercialization at Rutgers University, which also looks for companies and research groups that are interested in acquiring the licenses of the different technologies that the university develops, found a biotechnology company called Horizon Discovery located in the United Kingdom, with whom they have signed a license use agreement.

The idea is that this technology can help genomic engineering systems get closer to clinical application, making it a safer system than conventional DNA-breaking systems. This new technology that we created is known today as base editing.

You recently got the Edison Patent Awards recognition, how did this milestone happen?

This award is granted by the New Jersey Research and Development Council, it is considered the most important recognition that the State gives for contributions to scientific development.

Since my first day at USFQ (January 2021), I continue to work as a USFQ researcher on the development of this technology. The research team is currently conducting laboratory work at Rutgers University.

The idea over time is to create a research center in Ecuador that has the capacity to develop this type of technology. The objective is to start doing the experimental part of this and other technologies locally together with researchers from USFQ.

Who is Juan Carlos Collantes?

Professor and researcher at the College of Biological and Environmental Sciences of the San Francisco de Quito University. He obtained his PhD degree in Molecular Biosciences from Rutgers University in the United States. His doctoral work focused on the development of a molecular platform for genetic engineering based on the CRISPR system, called base editing. Subsequently, he conducted postdoctoral research, continuing with various projects focused on next-generation CRISPR technologies for therapeutic purposes. Several patents arose from these works, whose licenses were acquired by the company Horizon Discovery (PerkinElmer) for the development of therapeutic platforms. Currently, Juan Carlos continues to collaborate from USFQ with researchers from Rutgers University in this line of research.