This talk will discuss the challenges and some solutions related to Antenna-in-package (AiP) designs based on 18 years of mmWave research at IBM. More specifically, the talk will cover three design examples. First, a switched beam AiP design at 60 GHz for mobile devices or a dangle for laptop applications. The antenna beam can be pointed to either the broad-side direction or end-fire direction. Second, a 64-element dual-polarized AiP design for 94 GHz imaging and communication applications is discussed. The antenna array design enables the tiling of multiple AiP modules to form larger antenna arrays. Finally, a 64-element dual- polarized AiP design at 28 GHz for 5G applications is presented. It is expected that these AiP design technologies for mmWave phased-array applications will not only impact mmWave 5G mobile communication systems, but also open new opportunities and advance development for imaging and other adaptive multi-function systems. 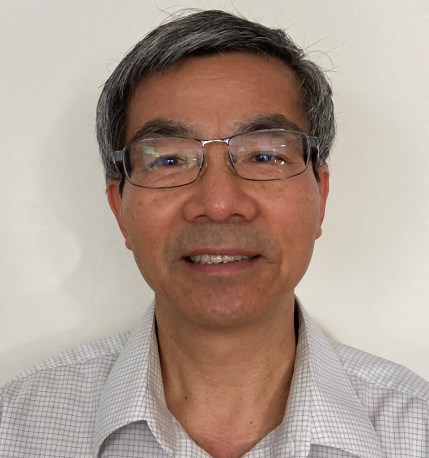 Duixian Liu (Fellow, IEEE) received the B.S. degree in electrical engineering from XiDian University, Xi’an, China, in 1982, and the M.S. and Ph.D. degrees in electrical engineering from the Ohio State University, Columbus, in 1986 and 1990, respectively. From 1990 to 1996, he was with Valor Enterprises Inc. Piqua, Ohio, initially as an Electrical Engineer and then as the Chief Engineer, during which time he designed an antenna product line ranging from 3 MHz to 2.4 GHz for the company, and received the prestigious Presidential “E” Award for Excellence in Exporting in 1994. Since April 1996, he has been with the IBM T. J. Watson Research Center, York-town Heights, NY, as a Research Staff Member. He has received five IBM’s Outstanding Technical Achievement Awards and one Corporate Award. He was named Master Inventor in 2007. He has 132 patents issued. He was the chief editor, co-editor and editor for multiple books and handbook. He has authored or coauthored more than 140 journal and conference papers. He received the Best Pa-per Prize in several conferences and journals, in addition to several technical achievement awards. His research interests are antenna design, EM modeling, chip packaging, signal processing, communications technologies, software-defined radios, and quantum computing. Dr. Liu is a Fellow of IEEE, and was an associate editor for the IEEE Transactions on Antennas and Propagation (2005-2013), a Guest Editor for several IEEE Transactions on Antennas & Propagation special issues. He has been an organizer or chair for numerous international conference sessions or special sessions and served as a technical program committee member for many international conferences. He served as an external Ph.D. examiner for several universities and external examiner for government organizations on research grants. He has been invited to give talks on mmWave and antenna-in-package designs to universities and IEEE local chapters in USA, Canada, Sweden, the Nether-lands, Singapore, Japan, Taiwan, Pakistan, India, and China, and organizations such as the FCC Technological Advisory Council (TAC) Antenna Technology Working Group, National Science Foundation and the European Patent Office. He is a distinguished lecturer of the IEEE Antennas and Propagation Society (AP-S) for the period of 2020-2023.