A startup founded by Imperial graduates has won £1 million in the Prince of Wales’ Earthshot Prize.

Notpla, founded by Pierre Paslier and Rodrigo Garcia while they were students at Imperial, has developed a seaweed-based biodegradable alternative to plastic. They are the first UK team to win a prize in the competition.

The team won in the Earthshot category ‘Build a Waste-Free World’, awarded to efforts to eliminate food waste, single-use packaging and inspire a new generation of people, companies and industries to reuse, repurpose and recycle.

Founded in 2014, the Notpla team met while studying Innovation Design Engineering, offered jointly by Imperial and the Royal College of Art. During their time at Imperial, they received support from Imperial’s well-established entrepreneurial ecosystem, including Imperial Enterprise Lab, the Centre for Climate Change Innovation and the Imperial White City Incubator. 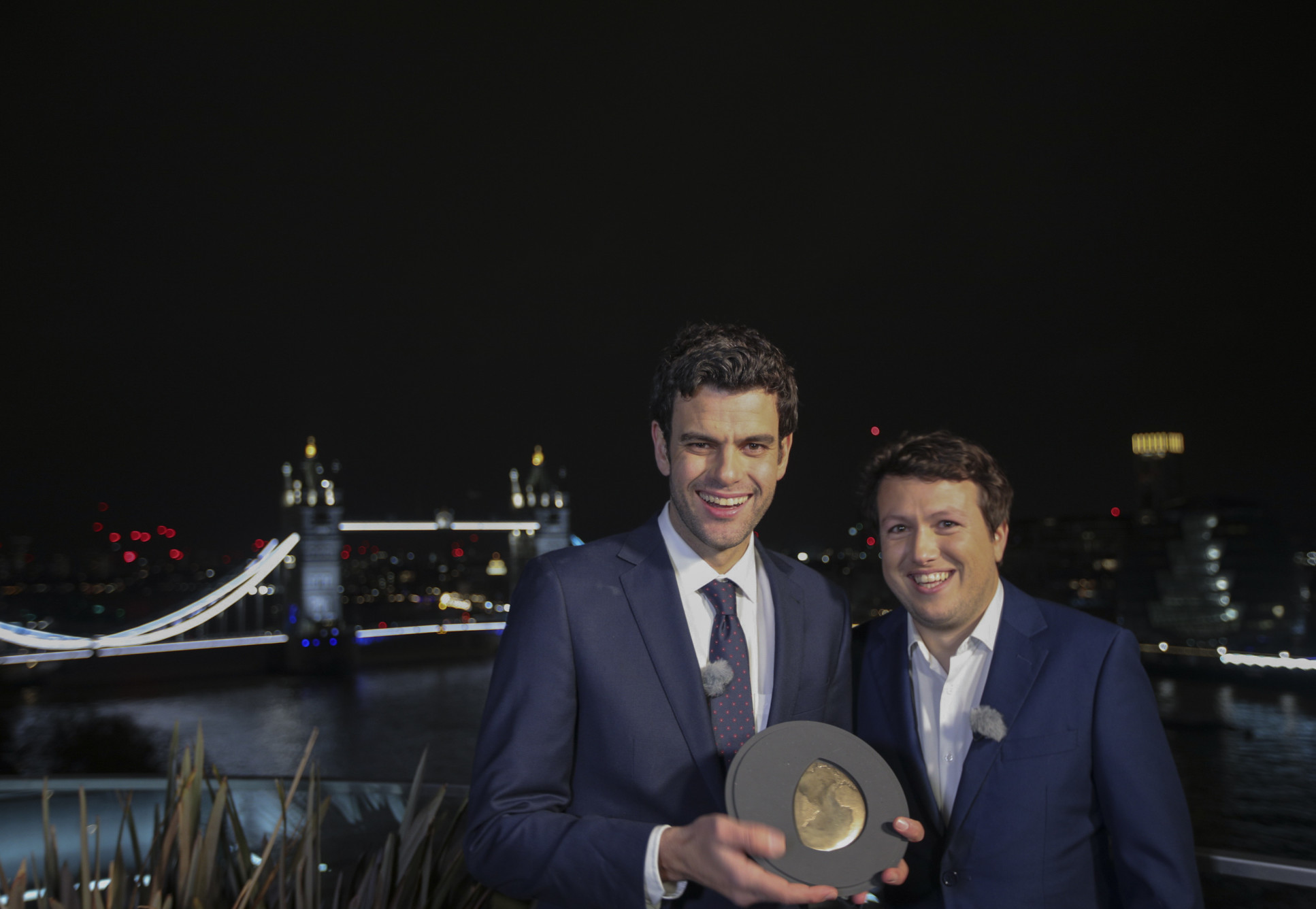 Imperial College London’s President, Professor Hugh Brady, said: “Imperial students are known for their creativity, tenacity and entrepreneurial spirit. That’s why we have a vibrant entrepreneurial ecosystem to support their ideas at every stage. Pierre and Rodrigo embody the best of Imperial, and their business has the potential accelerate the world to a sustainable, zero pollution future. The Earthshot prize is richly deserved.”

Notpla’s products drew public attention during the 2019 London Marathon, where over 36,000 of their edible capsules filled with Lucozade were handed out to runners in a bid to reduce plastic waste.

More recently, the team have made over one million food boxes for takeaway company Just Eat. The coating of this packaging is seaweed-based, greaseproof and waterproof, biodegrading in weeks.

The Earthshot prize, which was launched in 2020 by the Prince of Wales and Sir David Attenborough, awards a grant of £1 million to individuals or organisations for work to address one of the five Earthshot categories: ‘Protect and Restore Nature’, ‘Clean our Air’, ‘Revive our Oceans’, ‘Build a Waste-Free World’ and ‘Fix our Climate’.