Dr Gustav Kuhn, reader in Psychology at Goldsmiths has collaborated with toymaker Rob Dakin of Clockwork Soldier to create a set of impressive magic tricks that explain how the brain works using psychology.

The Magic Tricks collection allows users to build their own magic kits and bridge the gap between craft, magic and science. The set of tricks reveals the science and psychology behind the magic, explaining some of the tricks used by magicians and entertainers.

Gustav explained the inspiration behind the project: “We wanted to change the traditional approach to magic sets, by creating magic tricks that amaze and also teach something about psychology. We also wanted to move away from the excessive use of plastic. This inspired us to build magic interesting tricks entirely out of paper.

“As the director of Goldsmith’s MAGIC lab, I dealt with the magic and the science. Rob and his engineers have the skillset of producing toys from paper. We brought together our unique skills to produce magic tricks that combine magic, psychology and engineering, whilst being kind to the planet.”

Rob Dakin, founder of Clockwork Soldier added: “Gustav and I realised there was a synergy between our working practices. Gustav’s professional practice specialised in magic-based psychology and science, and I own a company creating educational sustainable activity kits for adults and children.”

The process began by researching different ideas and creating the basic mechanisms and designs. Once this was complete, Gustav applied the psychological and scientific elements of the tricks to the kits, which explain how science informs magic and why the human brain can be deceived.

Rob Dakin said: “We felt we needed to create an engaging way to relay all the information, so we created videos for each stage of the process; how to make, how to perform and lastly the psychology behind the trick, which can all be accessed by using the QR codes on the back of each pack.” 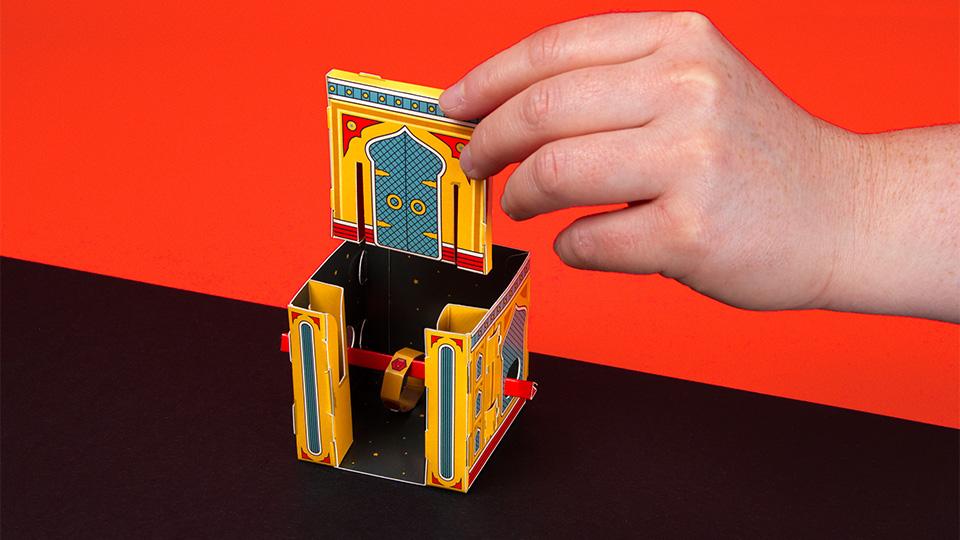 The videos reveal how to exploit psychological tricks to create astonishing illusions and explain how the brain works and some of its limitations, through magic. Gustav said: “Magicians have developed powerful psychological tricks that allow them to hack our brains to manipulate how we experience the world around us.  By studying these tricks, we can learn a lot about our own limitations and the ease by which we can be deceived and manipulated.

Dr Gustav Kuhn added: “This collaboration was very different in that it involved toy makers who produce physical objects, rather than knowledge. Most of my previous projects end up with publishing academic papers – here we ended up with a set of beautifully designed magic tricks.”

Rob said: “These kits would and are making great Christmas gifts. They are affordable and have many things you can do as there is something to make, something to perform, and something interesting to learn in each kit.”

Following the success of their first collaboration, Gustav and Rob are working on a new set of tricks that will explore a different set of psychological principles.