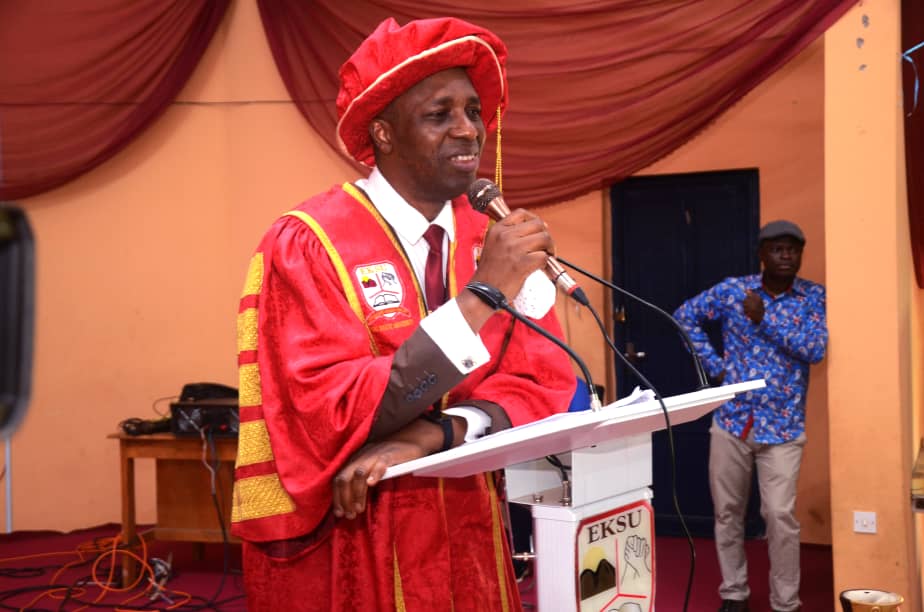 Over 4,000 newly admitted students of Ekiti State University, Ado-Ekiti for the 2021/2022 session have been matriculated into the university at a colourful matriculation ceremony held at the university campus in Ado-Ekiti. The ceremony, which was an epoch making event was held both physically and virtually.

In his address, the Vice Chancellor of the university, Professor Edward Olanipekun congratulated and rejoiced with the fresh students for making a right choice by coming to Ekiti State University. He stated that EKSU, in the recently released ranking of universities, was ranked as the 2nd best State University, 14th overall best in Nigeria and the 18th best in terms of employability of Nigerian University graduates.

The Vice Chancellor, therefore, encouraged them to be proud of the opportunity to be students in an institution that now occupies such an enviable position in the comity of Nigerian Universities.

Professor Olanipekun charged the new students to strictly follow the laid down guidelines for the payment of approved fees through the University portal. He further warned them to be wary of fraudulent cyber operators who are out to scam them, in order to avoid the unnecessary risk of paying fees into wrong hands.

The Vice Chancellor also charged them to live up to the matriculation oath which they had taken and asserted that EKSU, under his leadership, had zero tolerance to any form of anti-social behaviour, adding that any breach of the rules and regulations of the university would attract appropriate sanctions.

The ceremony was well attended by students, parents, guardians and well-wishers of the matriculants.