We know the heavy psychosocial toll that the genocide perpetrated by ISIS (Daesh) against the Yazidis has had on this small, religious community. That genocide, which began in the early hours of 3rd August 2014, was intended to destroy the Yazidis in northern Iraq on account of their religious beliefs and their depiction as “devil worshippers.”

Under the Genocide Convention, the crime of genocide may be committed through a number of underlying acts, including killing, causing serious bodily or mental harm, and deliberately inflicting conditions of life calculated to bring about a group’s physical destruction. In 2016, a UN Commission of Inquiry report found that ISIS fighters had committed genocide against the Yazidis using all of the methods envisaged by the Convention.

In an article I wrote focusing on reproductive violence committed against Yazidi women and girls, many spoke of both experiencing physical wounds as well as enduring mental trauma. Some had thoughts of suicide and were unable to sleep due to nightmares about ISIS fighters at their door. Through the use of repeated sexual and reproductive violence, ISIS fighters were not “only” abusing their victims, they wanted to inflict permanent damage in order, ultimately, to destroy the group.

In fact, Yazidi women and girls were regularly taunted that they had been permanently tainted and that they would be stigmatized and rejected by their group. This point is poignantly captured in Nadia Murad’s memoirs, when she reflects:

The rape was the worst part. It stripped us of our humanity and made thinking about the future—returning to Yazidi society, marrying, having children, being happy—impossible. We wished they would kill us instead.

ISIS knew how devastating it was for an unmarried Yazidi girl to convert to Islam and lose her virginity, and they used our worst fears—that our community and religious leaders wouldn’t welcome us back—against us.

In the face of such horrors, there is a continuing need for the work that the AMAR Foundation is doing, in supporting healing, spirituality, and other restorative support for this vulnerable religious group.

Importance of pushing for accountability

This is because, even though it may appear that the genocide is over now that ISIS has largely been defeated, it is far from over for the Yazidis. In a very real sense, there are still thousands of Yazidi women and girls who are still missing and children who have been transferred.

Many Yazidis have been displaced and live in camps, unable to return to their lands because of continuing instability. There is also the ongoing tragedy of war children, whom some perceive as enemy offspring. And there is the enduring mental trauma.

As a result, in field interviews comprising more than a thousand (mainly Yazidi) internally displaced persons, Akhavan and others found that “many respondents shared that their experiences with ISIL shaped their ability to imagine the future.” According to the authors, these fears spoke to a deep-rooted breakdown in trust with both state institutions and fellow citizens and an inability to imagine a future without some form of restorative justice, which should provide an opportunity for healing, reintegration, and reparation.

Continuing to work towards strategies for healing and spirituality is therefore vital. However, this work must go hand in hand with work to promote justice and accountability for the Yazidis. It would be a mistake to consider this matter as separate, and separable, from the unanswered calls for justice. 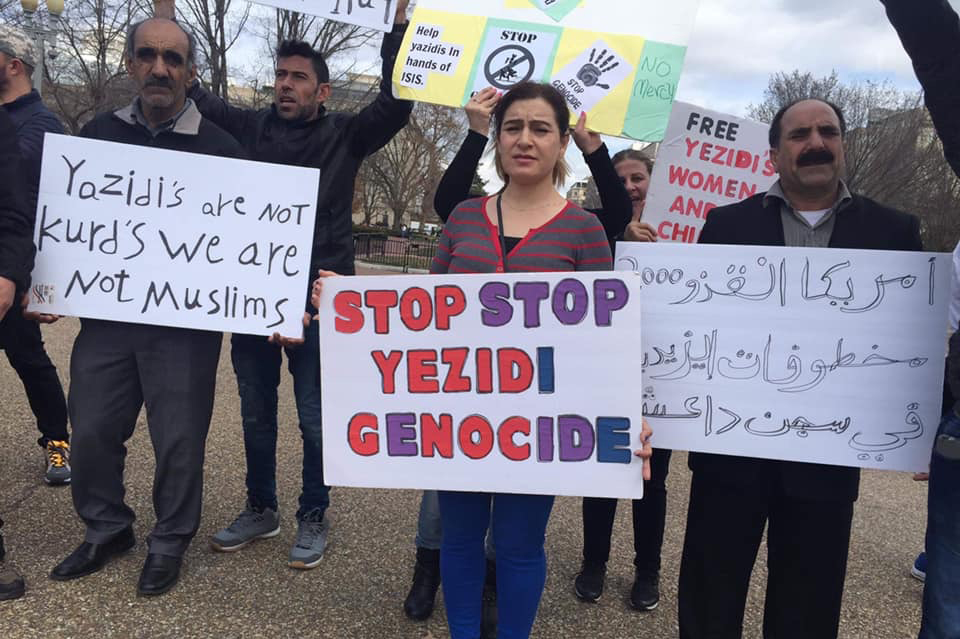 In the study with Yazidi respondents referred to above, many Yazidis still yearned for justice for what they and their families had suffered. For them, this meant, inter alia, a fair trial for the perpetrators followed by punishment upon conviction.

This is because failure to address calls for justice for mass atrocities breeds a culture of impunity and an environment that is conducive to future violence. This, in turn, poses a real threat and the risk of undoing the good work that has already been done with respect to healing and restoration amongst the Yazidis. An unanswered call for justice in the face of mass atrocities is therefore like an open wound—there remains the ever-present danger of reinfection.

We should approach this challenge holistically, and while in the medium term, it may make sense to focus on providing more practical and immediate support to the Yazidis, in the longer-term, the Yazidis’ calls for justice will need to be somehow addressed.

What kinds of justice do the Yazidis want?

When the atrocities against the Yazidis began making headlines, politicians, practitioners, and academics were quick to call for justice. But they had in mind global justice dispensed by international institutions such as the International Criminal Court (ICC).

Placing all bets on the International Criminal Court is legally problematic. Aside from the fact that Iraq and Syria are not members of the Rome Statute of the ICC, given the thousands of fighters that have been involved with ISIS, the ICC could only ever hear a small minority of cases if it ever acquired jurisdiction. 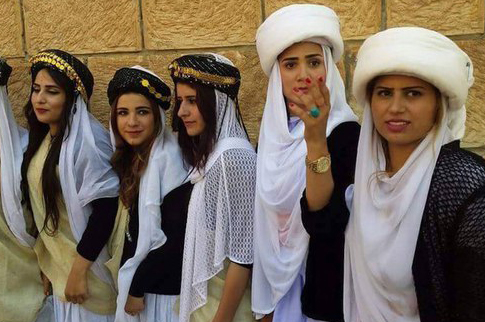 What is often noticeably missing, in these calls for justice, is the voice of the Yazidis themselves.

From research conducted amongst the Yazidis, it emerged that their understanding of “justice” principally focused on local issues, immediate concerns, agency, and prospects of a better future. All of these features are more readily achievable through local justice, rather than global punitive measures.

Moreover, local and domestic courts, if properly resourced and supported, are more likely to have the capacity to deal with the large number of cases involved here.

However, in the current state of play, Iraq does not have a sufficient domestic legal framework to punish perpetrators of genocide and other international crimes. The idea of local justice for the genocide committed against the Yazidis in Iraq therefore currently remains out of reach.

In July 2022, I co-authored a report, commissioned by the Yazidi Justice Committee, on State responsibility and the genocide of the Yazidis. This report found that, while the primary perpetrators of the genocide were ISIS fighters, certain States had also failed in their duties to prevent and punish genocide under the Genocide Convention and should be held accountable for these failures.

In some cases, those failures continue even today, including not taking steps to enact the necessary domestic legislation to punish genocide. The report made findings on this count with respect to Iraq and Syria, but here I will confine my brief comments to Iraq.

In 2003, Iraq enacted the Statute of the Iraqi Special Tribunal. The statute, inter alia, sought to provide the Iraqi Special Tribunal for Crimes Against Humanity with the jurisdiction and ability to punish Iraqi nationals found guilty of international crime, including genocide, committed between 17 July 1968 and 1 May 2003. The statute is the only Iraqi law that explicitly acknowledges the crime of genocide, but it cannot be applied to genocidal acts committed after 1 May 2003.

To date, Iraq has done little to incorporate the provisions of the Genocide Convention into its domestic legal system. After the liberation of Mosul in 2017, the Iraqi government sought assistance from the UN Security Council (UNSC) to facilitate accountability for the international crimes committed by Daesh. In its letter to the UNSC, Iraq expressed its preference that criminal proceedings against perpetrators of international crimes be carried out domestically under the Iraqi penal framework. However, the country has yet to enact legislation criminalizing genocide and thus enabling the prosecution of alleged perpetrators for genocide in the domestic courts.

In 2005 and 2006, both the Iraqi federal government and the Kurdistan regional government adopted laws to prosecute ISIS members under the crime of “terrorism.” However, the definition of terrorism is not broad enough to cover the unique harms of the crime of genocide.

This lack of an adequate legal framework severely hinders the possibility for local justice for the Yazidis, and for Iraqi courts to punish perpetrators for the commission of genocide. Punishment is instead meted out for membership in a terrorist organization. This, in turn, limits the ability of Yazidi victims to obtain justice and recognition of the full extent of the genocide committed against them. 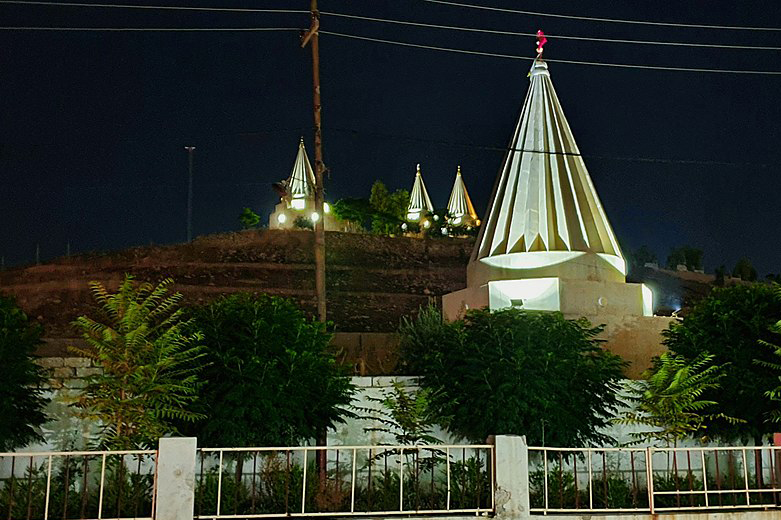 Now, you may legitimately ask, why does it matter whether ISIS fighters are prosecuted for terrorism, rather than genocide, as long as, in the end, they are punished?

It matters for various reasons.

Firstly, it matters from the perspective of fair labelling of crimes. ISIS fighters did not “just” intend to terrorize the Yazidis; they aimed to destroy them in full or in part.

Secondly, if charges are brought against ISIS fighters on the basis of terrorism-related offenses, the genocide committed against the Yazidis need not even be mentioned in court for a conviction to take place. While some ISIS fighters may be prosecuted, therefore, they would not be prosecuted on genocide-related charges, meaning that the calls for justice and accountability for the Yazidis will remain unanswered.

And thirdly, as I argue elsewhere, atrocity crimes trials play an important role in writing the historical narratives of the events. However, if such trials focus on terrorism-related offences and the charge sheets do not include the genocidal acts committed against the Yazidis, there is a real risk that the genocide against the Yazidis will be gradually written out of the official histories of the conflict produced by the local Iraqi courts.