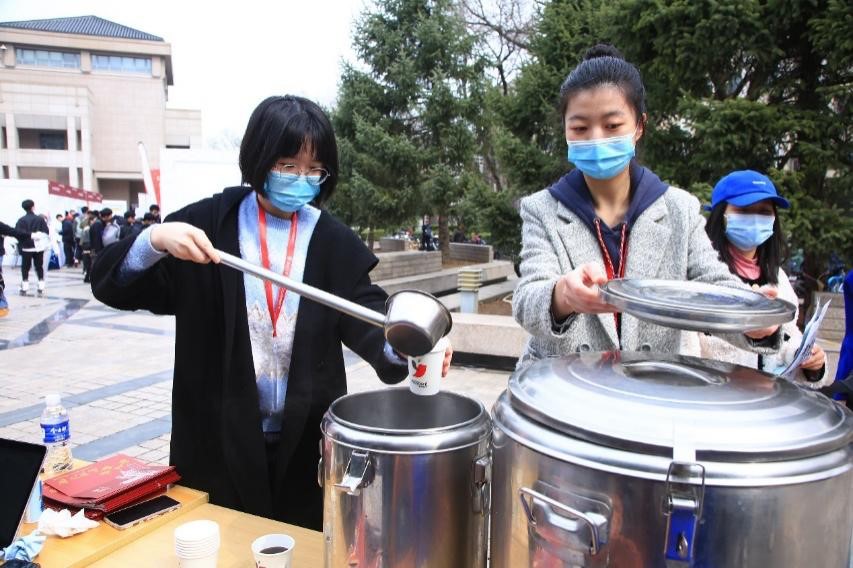 Members of the Youth League of PKU handing out cola

The festival combined the interactive display of student associations and a stamp collecting activity for participants, tightening the connections between associations and potential members. The exhibition area was also decorated by the 2022 Beijing Olympic rings and hosted special themed performances and a Traditional Culture Association clothing parade.

At 12:00 am, the themed performance was kicked off by FengLei Crew, after which Jingwu Sport Association’s Kungfu performance titled “Jing Zhe” (the Waking of Insects) received continuous applause for their thunder-like power. The show of Chinese shuttlecock by the Association for Chinese Shuttlecock gave life to the flying shuttlecock, while the Musical Theatre Association combined foreign styles and the beauty of Chinese classical art in an immersive melody. The Love Heart Society performed the popular song “The Brightest Stars in the Night Sky” in sign language much to the awe of the audience. The various performances fully showcased the youthful spirit of PKU’s student associations. 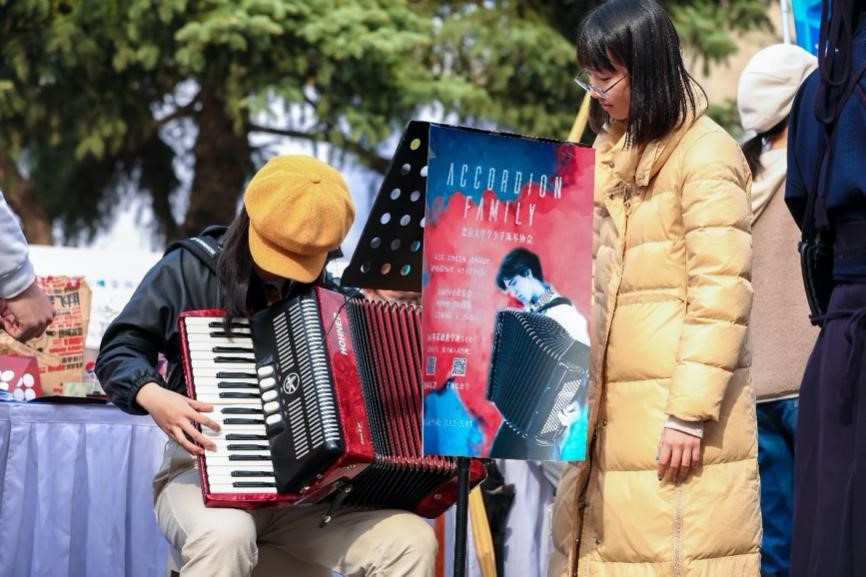 The square was full of laughter, crowded with students on the rowing machine, in front of the stage property of Peking Opera and more, all having a good time. Students lingered among the booths of different student associations, collected stamps, communicated with each other, and found their associations of interest.